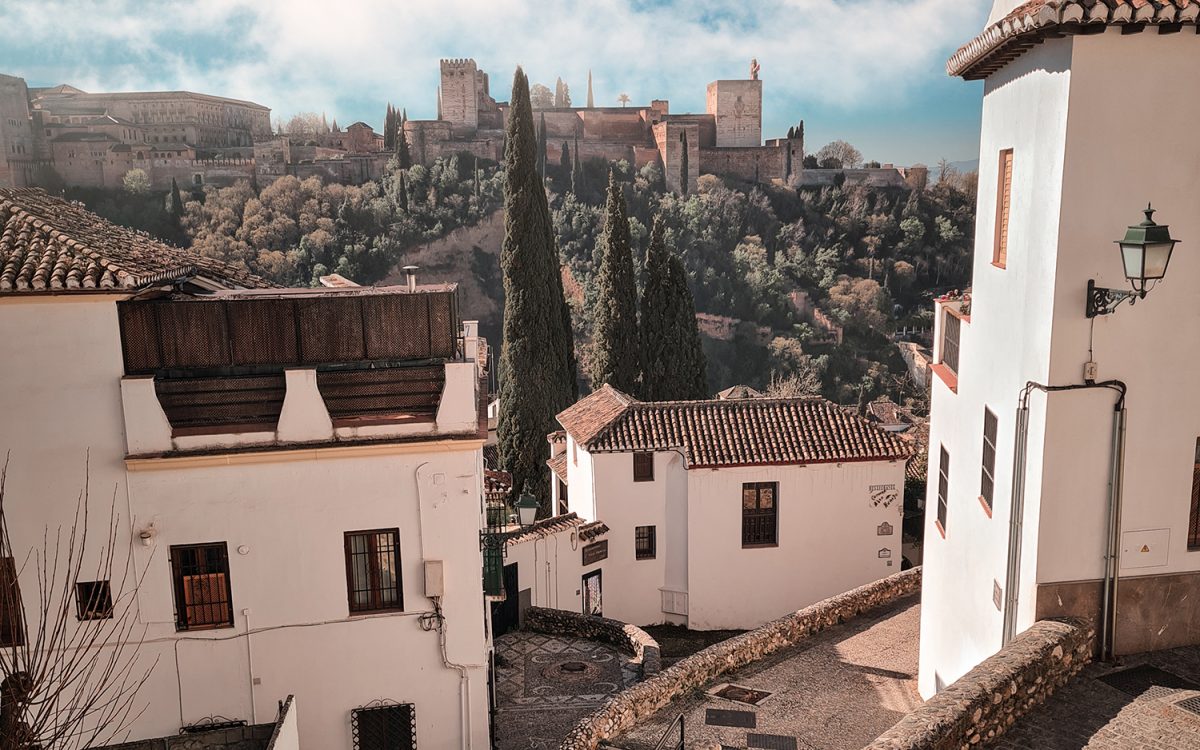 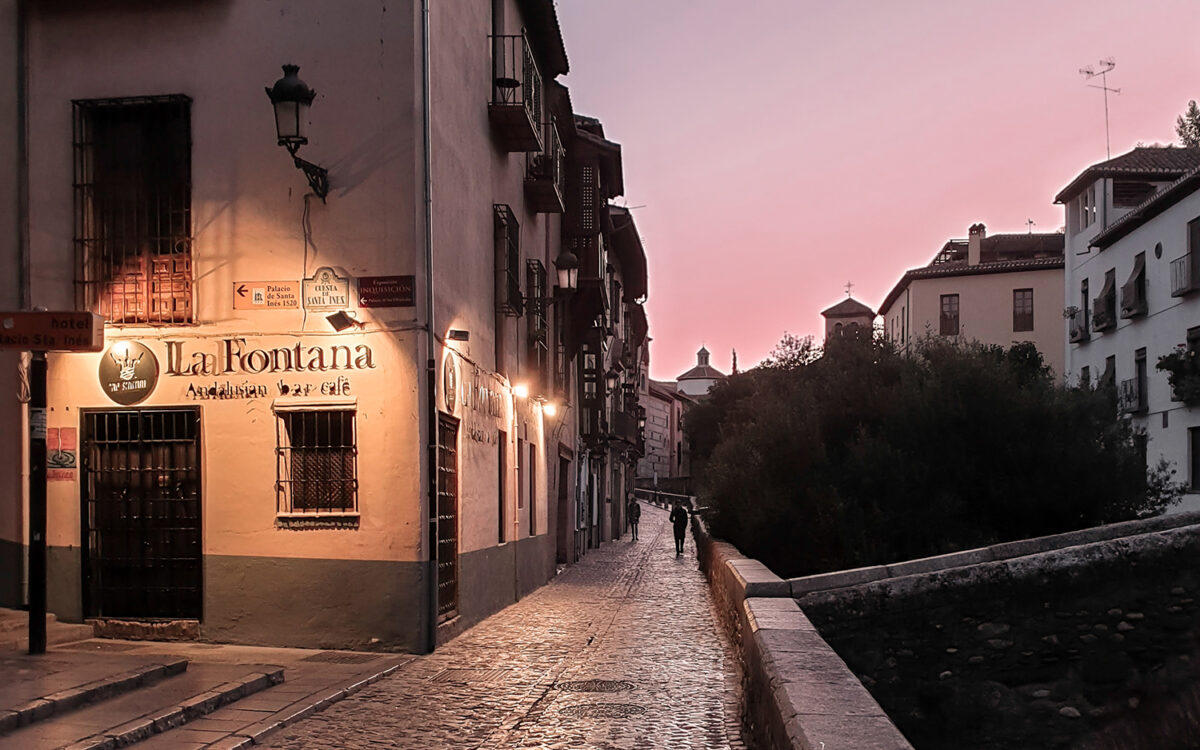 It is not a complicated route at all, however if there are people with reduced mobility in the group, it may be necessary to plan a different itinerary. Please contact us and we will provide you with an alternative option

Please wear comfortable or flat shoes. This is highly recommended. There are areas where the paving will make it difficult to walk in any other sort of footwear

Please remember your camera or mobile: We guarantee you won’t stop using them

What is so special about these neighborhoods?

The Albayzin is not only a privileged place from which to enjoy one of the most beautiful sunsets in the world, but it has also been a UNESCO World Heritage site since 1994. Its narrow streets and its labyrinthine layout host centuries of Jewish, Muslim, and Christian history, the origins of what made Granada a kingdom. its traditional houses or ‘carmenes’, its viewpoints, its palaces, its monasteries, and even its mosque, will leave you speechless.

Sacromonte is the gypsy and flamenco neighborhood par excellence, where Spanish guitar music can be heard around every corner at dusk, where heartfelt singing penetrates the soul, from where you can see the Alhambra come to life at sunset as the sun slips away and street lights on the hillside twinkle like fireflies. These neighborhoods are pure poetry.

What will you see on this visit?

The common thread of this tour through the Albayzin and Sacromonte is its narrow streets and beautiful viewpoints from which we can glimpse different perspectives of our eternally beautiful city. Without a doubt, the San Cristobal and San Nicolas lookouts will make you gaze in awe at a dream-like Granada that lays before you.